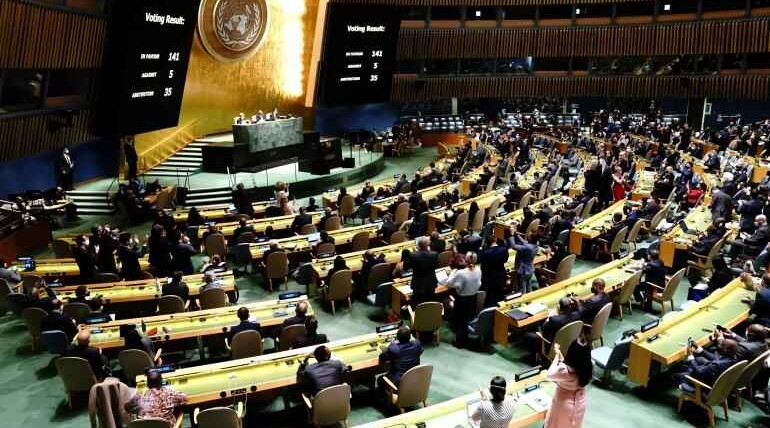 Russia in the near future should launch official procedures of leaving the Council of Europe this year, the chairman of the State Duma’s international affairs committee, Leonid Slutsky, said on Friday.

"The Council of Europe is quickly falling apart under the blows of the European Union and NATO and turning into an organization that is conducting a pro-Western policy towards Russia. I believe that today we should adhere to an unequivocal collective opinion Russia should leave the Council of Europe this year. The corresponding procedures should be launched in the near future," Slutsky said, Qazet.az reports.

"The Council of Europe, once an inclusive pan-European organization we joined in 1996 into a satellite entity. Its policy towards Russia is twisted and groundless. The same concerns the European Court of Human Rights," he stressed.

Earlier, the Russian Foreign Ministry issued a statement saying that Russia was not going to remain a member of the Council of Europe further on. The EU and NATO countries, unfriendly towards NATO, take advantage of their absolute majority in the CE Committee of Ministers to push ahead with a policy of "ruining Europe and the continent’s common humanitarian and legal space."

Federation Council Deputy Speaker Konstantin Kosachev told TASS on Thursday that in accordance with the CE Charter Russia’s membership would come to an end this fiscal year provided the notification was sent to the organization during the first months of the year.