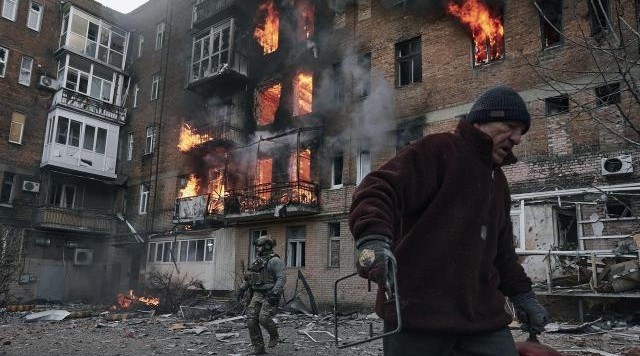 Russian forces shelled the entire front line in the Donetsk region in eastern Ukraine on Thursday, Ukrainian officials said, part of what appeared to be the Kremlin's scaled-back ambition to secure only the bulk of lands it has claimed, Qazet.az reports.

The fiercest fighting was near the towns of Bakhmut and Avdiivka, the region's governor Pavlo Kyrylenko said in a television interview. Artillery slammed into the town of Toretsk southwest of Bakhmut, killing one civilian and damaging 12 buildings, Kyrylenko said.