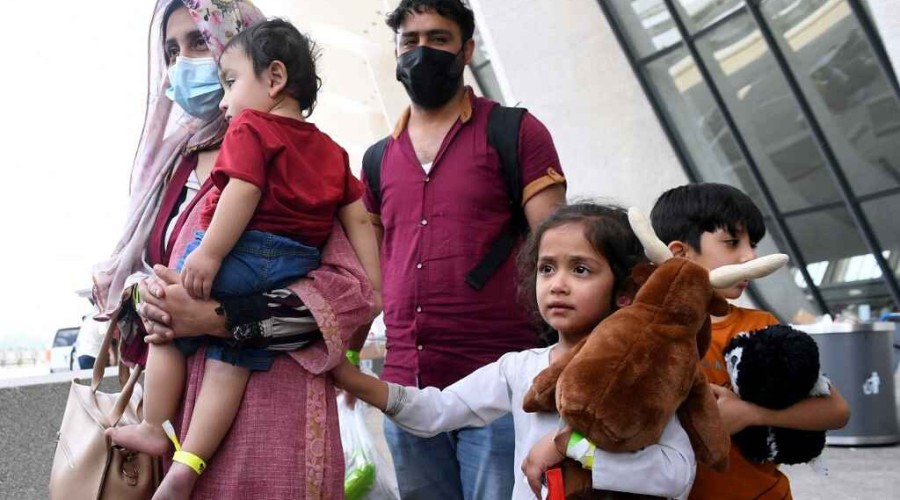 Efforts of all the countries involved in the current situation, and primarily of those that let the humanitarian crisis erupt in Afghanistan, are required to find a solution to the refugee issue, Russian Foreign Minister Sergey Lavrov said at a news conference on Saturday after his talks with his Qatari counterpart Mohammed bin Abdulrahman Al-Thani, Qazet.az reports citing TASS.

"Humanitarian reverberations of what happened are very, very grievous, as we share a concern about the threat of an increasing influx of refugees from Afghanistan into neighboring states. Most of them will try to make their way into Europe, but in the meantime, will definitely create considerable complications for the states where they may arrive uninvited. We emphasized the need to solve this problem at the soonest possible time. To do this, it is crucial to engage the capabilities of all the countries involved, first of all, those whose policies in Afghanistan have resulted in this sad turning of events," the minister said.

After the United States ended its military operation in Afghanistan and withdrawn its troops from the country, the Taliban (outlawed in Russia) mounted an offensive and swept into Kabul, meeting no resistance. On September 6, they claimed full control of Afghanistan’s territory. On September 8, the Taliban formed an interim government, which consists only of its members.

On February 14, 2003, Russia’s Supreme Court handed down a ruling declaring the Taliban to be a terrorist organization, which is outlawed in Russia.