Russian Foreign Ministry claims that US intervening in parliamentary election 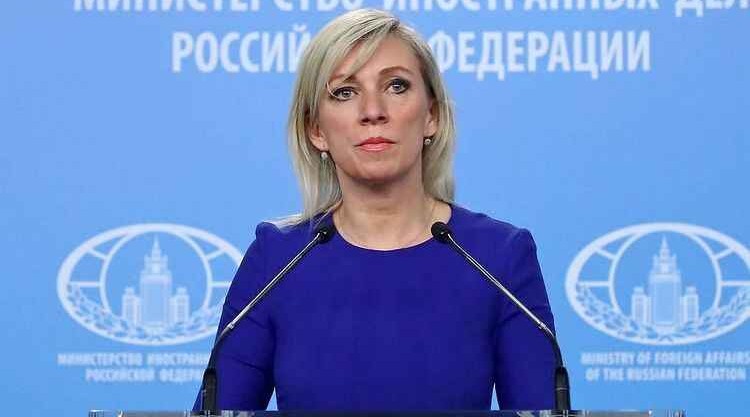 Russian Foreign Ministry summoned US Ambassador John Sullivan on Friday over Washington's alleged efforts to interfere in Russia's upcoming parliamentary elections. The US Embassy claims Sullivan visited the Foreign Ministry building in Moscow to discuss the stabilization of Russia-US relations.

Qazet.az reports citing Sputnik News that Moscow claims having documentary evidence related to US efforts to interfere in Russia's internal affairs and electoral processes. These materials have presented this evidence to US officials, Foreign Ministry spokeswoman Maria Zakharova has said.

"We laid out the situation using specific facts showing that internet platforms located on US territory and which are owned and moderated by American internet monopolies that there are obvious, documented acts of intervention in our internal processes - political processes, electoral processes, elections, Zakharova said, speaking to Russian media on Saturday.

According to the spokeswoman, the US side has yet to comment or react to the accusations presented by the Russian side.

Sullivan was informed that US efforts to interfere in Russia's upcoming elections were "categorically inadmissible." The US side issued its own account of the meeting with Russian officials, claiming that Sullivan had met with Russian Deputy Foreign Minister Sergei Ryabkov to discuss President Joe Biden's approach to stabilizing bilateral relations.

Russians will go to the polls on 17-19 September for legislative elections. Recent opinion polling by Russian sociological has shown that ruling United Russia has between 26 and 30 percent support, with the opposition Communist Party, Liberal Democratic Party, and Just Russia polling in second, third, and fourth, with 14.9-22 percent, 7-9.6 percent and 5-6.3 percent, respectively.