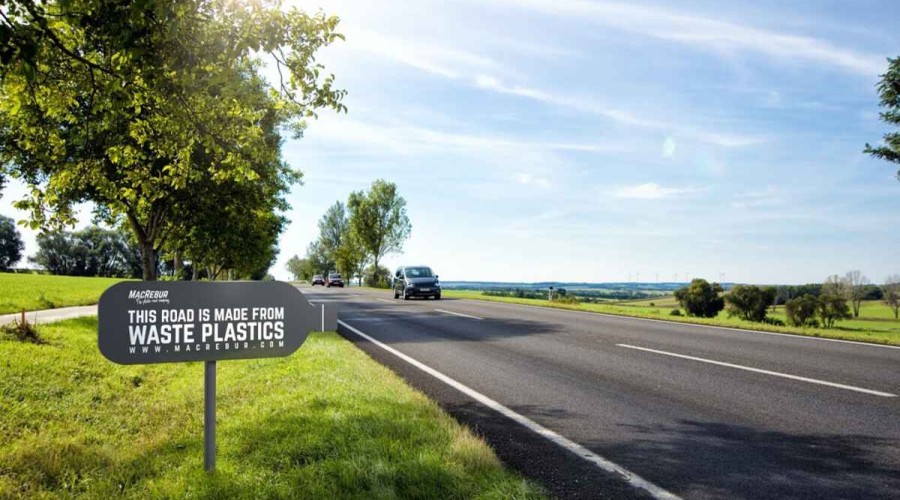 MacRebur, the Scottish business that manufactures roads made from waste plastic, has announced its expansion into Azerbaijan with a ‘ground-breaking’ new £1 million manufacture and distribution contract, designed to reimagine the country’s infrastructure network, Qazet.az reports.

Over 500 tonnes of non-recyclable plastic waste plastics will be used to enhance the roads in Azerbaijan in order to deliver a planned 1,000 miles of new private and public-funded plastic roads across the country.

Toby McCartney, CEO and co-founder of MacRebur, said: “We are delighted to have officially begun our work to provide waste plastic roads across Azerbaijan and into other surrounding countries.”

Toby continued: “A report from GlobalData has indicated that the construction industry in Azerbaijan will grow by almost 10% over the course of 2021, as the government unveils ambitious plans to rebuild the country after a time of unrest. Our hope is that, through this government-supported contract, we can play a vital role in this important activity.”

MacRebur processes non-recyclable waste plastics destined for landfill or incineration and adds it into asphalt for road construction and surfacing. Operating all over the world, the company is based in Lockerbie, Scotland and has grown significantly over the last few years in response to the growing waste plastic epidemic.

The British Ambassador to Azerbaijan, James Sharp, said: “MacRebur’s expansion into Azerbaijan will help further strengthen the country’s road infrastructure, whilst reducing its plastic waste. The company’s plans to leverage Azerbaijan’s strategic location to access other markets is something I’d encourage other UK firms to explore - Azerbaijan is central to the Trans-Caspian East-West Trade and Transit Corridor which helps connect China and Europe, and offers good opportunities to access other regional countries.”

Toby continued: “With each km of road laid using our MacRebur product, we use the equivalent weight of 740,541 one-time use plastic bags. Or put another way, one tonne of MacRebur mix contains the equivalent of 80,000 plastic bottles. For every one-mile, two-lane road, there’s a carbon emission offset of about 33 tonnes.”

Note that MacRebur recently reported continued expansion across global markets, with its product now active in over 30 countries worldwide including the US, Brazil, Turkey, Norway, Barbados, Spain, South Korea and Estonia.