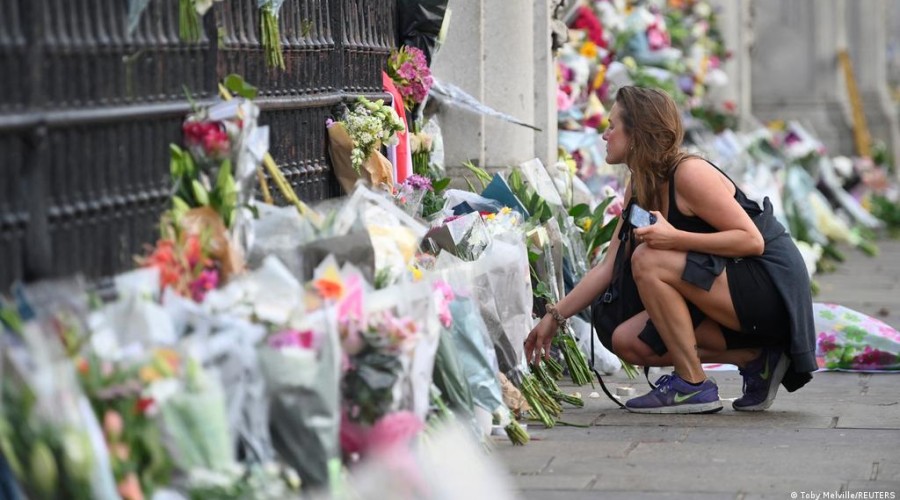 The Kremlin paid respectful tribute to Queen Elizabeth on Friday and dozens of Russians laid flowers at the British embassy, despite the dire state of relations between London and Moscow, Qazet.az reports according to Russian media.

"Despite what is going on now, the Queen and the royal house have always been the personification of peace and goodness," said Muscovite Anton Avramets after placing a pink bouquet alongside many others on a wall outside the embassy.

His wife Karina said: "She was one of the strongest leaders of Western countries, and now it's a shame the world has lost her."