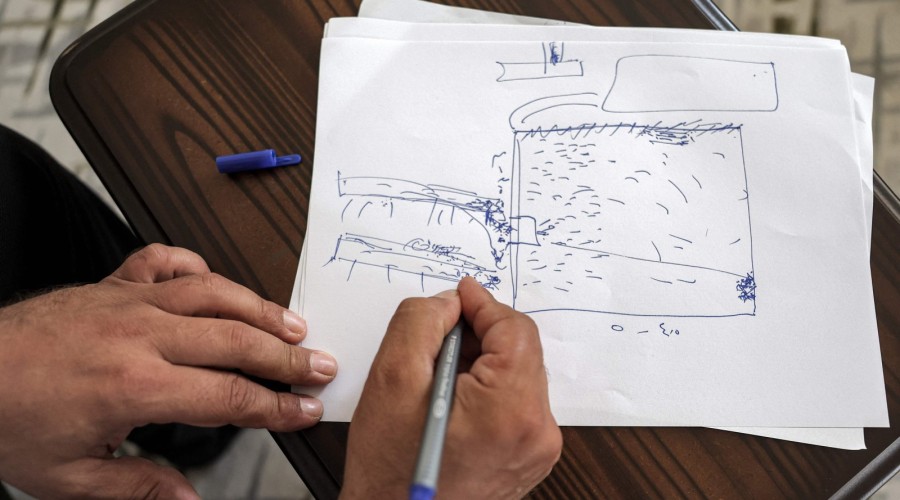 Years after being held in the notorious prisons of the Bashar Assad regime, ex-prisoners are still haunted by the memories, Qazet.az reports.

When a Syrian prison guard tossed him into a dimly lit room, the inmate Abdo was surprised to find himself standing ankle-deep in what appeared to be salt.

On that day in the winter of 2017, the terrified young man had already been locked up for two years in war-torn Syria's largest and most notorious prison, Sednaya.

Having been largely deprived of salt all that time on his meager prison rations, he brought a handful of the coarse white crystals to his mouth with relish.

Moments later came across the second, grisly, surprise: as a barefoot Abdo was treading gingerly across the room, he stumbled on a corpse, emaciated and half-buried in the salt.

He had been thrown into what Syrian inmates call "salt rooms" – primitive mortuaries designed to preserve bodies in the absence of refrigerated morgues.

The corpses were being treated in a way already known to the embalmers of ancient Egypt, to keep up with the industrial-scale prison killings under Assad's regime.

The salt rooms are described in detail for the first time in an upcoming report by the Association of Detainees and the Missing in Sednaya Prison, or ADMSP.

In additional research and interviews with former inmates, Agence France-Presse (AFP) found that at least two such salt rooms were created inside Sednaya.

Abdo, a man from Homs now aged 30 and living in eastern Lebanon, asked that his real name not be published for fear of reprisals against him and his family.

Speaking in his small rental flat in an unfinished building, he recounted the day he was thrown into the salt room, which served as his holding cell ahead of a military court hearing.

"My first thought was: May God have no mercy on them!" he said. "They have all this salt but don't put any in our food!

"Then I stepped on something cold. It was someone's leg."