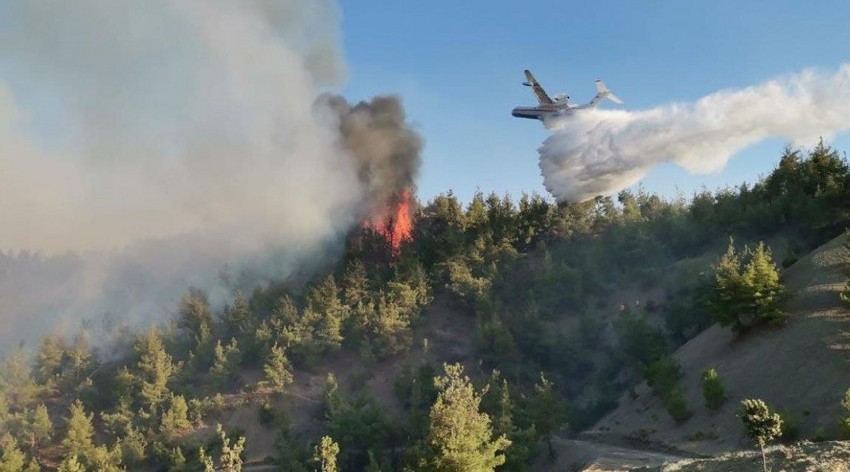 Necessary and urgent measures are taken by the Ministry of Emergency Situations (MES) to extinguish the fire that broke out in the mountainous forest area near the village of Yukarı Tala in Zagatala district.

Qazet.az reports that the spread of the fire to larger areas was prevented. Firefighting is currently ongoing.

It should be noted that on 30 August, a fire broke out in the mountainous forest area near Yukari Tala village of Zagatala district. Relevant forces and equipment under the Ministry of Foreign Affairs, including 2 helicopters, were assigned to fight the fire.