This year, the volume of cargo transported by BTQ increased by 26% 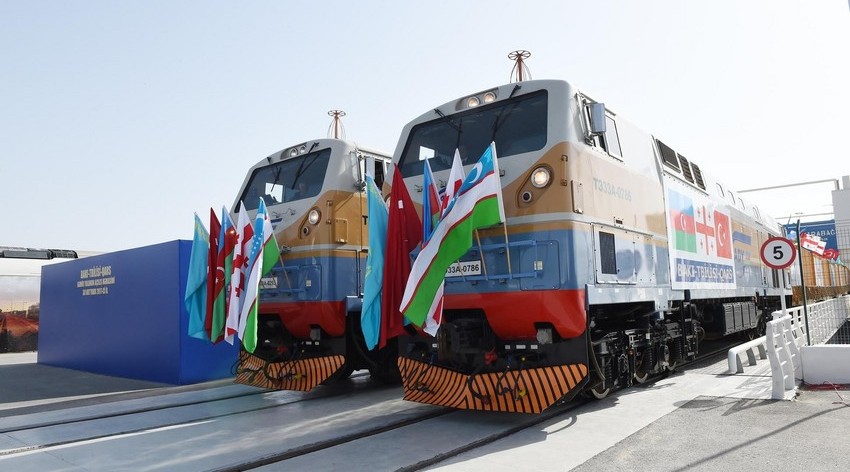 Qazet.az reports  that this was said by Rovshan Rustamov, chairman of "Azerbaijan Railways" CJSC.

According to him, 428,000 tons of cargo were transported through BTQ last year. The 850-kilometer road creates great opportunities for us, including access to the European space, and today it has great potential on the western route.

The Baku-Tbilisi-Kars railway line was opened on October 30, 2017. The railway line connects the railway networks of Asia and Europe. It is the shortest route not only between the 3 countries, but also between Asia and Europe. BTQ allows to shorten the time spent on cargo transportation by more than 2 times. BTQ railway facilitates access to European and world markets of Central Asian countries - Turkmenistan, Kazakhstan, Uzbekistan, Kyrgyzstan, Tajikistan and Afghanistan.