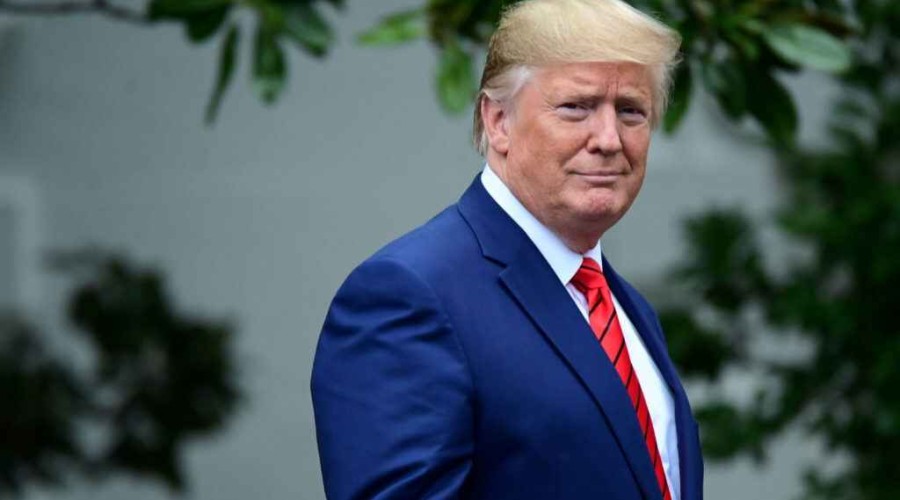 The former US president says he hasn’t spoken to the former Israeli regime's Prime Minister Benjamin Netanyahu since he lost power.

According to Press TV, in interviews with journalist and author, Barak Ravid, for his new book 'Trump’s peace, "The Abraham Accords and the Reshaping of the Middle East," Trump accuses the former Israeli premier of “making a terrible mistake” by congratulating Joe Biden on his electoral win.

The former US president, who brokered the normalization deals between the regime in Tel Aviv and some Arab states last year, gave two freewheeling interviews to Ravid in April and July – one of them over phone – for his book, which will be out this week.

In the interviews, Trump speaks at length about his loss to Biden in 2020 presidential elections and his love-hate relationship with Netanyahu, who has since been replaced by Naftali Bennett.

“Nobody did more for Bibi. And I liked Bibi. I still like Bibi," he says, referring to Netanyahu. "But I also like loyalty. The first person to congratulate Biden was Bibi. And not only did he congratulate him, he did it on tape. And it was on tape.”

Trump says his wife Melania was the one who saw Netanyahu’s video and told him about it.

The bitterly fought 2020 US election ended with Biden being declared the winner over Trump, but the latter never accepted the defeat, claiming largescale fraud.

In the interview with Ravid, Trump claims that unlike Netanyahu, many other leaders like Brazil’s president Jair Bolsonaro and Russian President Vladimir Putin did not congratulate Biden right away because “they felt the election was rigged”.

“He was very early. Like earlier than most. I haven’t spoken to him since,” he complains.

Trump also refers to the 2015 nuclear deal between Iran and the world powers, from which he unilaterally withdrew in 2018 allegedly under Netanyahu’s pressure, as "disaster".

The former US president says had it not been for him, the Israeli regime would have been “destroyed”.

Now in the opposition, Netanyahu has been making strenuous efforts to reclaim power while facing trial for corruption. On the other hand, Trump has been battling multiple legal troubles of his own.