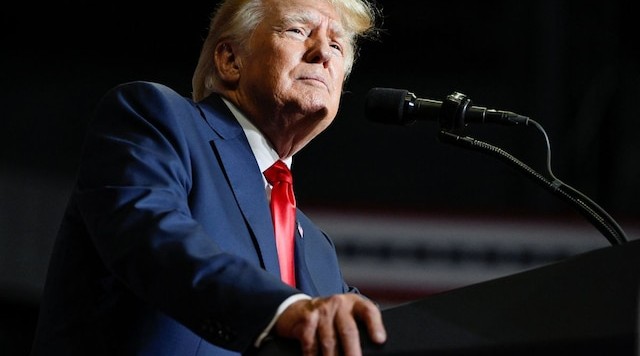 Donald Trump's bid to impede a criminal investigation into his possession of documents taken from the White House has begun to unravel, legal experts said, after courtroom setbacks including doubts expressed by judges about the former U.S. president's claim that he declassified records seized at his Florida home, Qazet.az reports.

Trump has experienced disappointments on multiple fronts this week as his lawyers try to slow down the Justice Department investigation that kicked into high gear with an Aug. 8 court-approved search of his Mar-a-Lago residence in which FBI agents found 11,000 documents including about 100 marked as classified.

A three-judge panel of the Atlanta-based 11th U.S. Circuit Court of Appeals on Wednesday ruled that federal investigators could immediately resume examining the classified records, reversing Florida-based U.S. District Judge Aileen Cannon's decision to wall off these documents while an independent arbiter assesses whether any should be withheld as privileged.

"Cannon's ruling is so far out of the norm, and the 11th Circuit did such a good job of thoroughly dismantling her opinion," said Jonathan Shaub, a former attorney in the Justice Department's Office of Legal Counsel who now teaches law at the University of Kentucky.