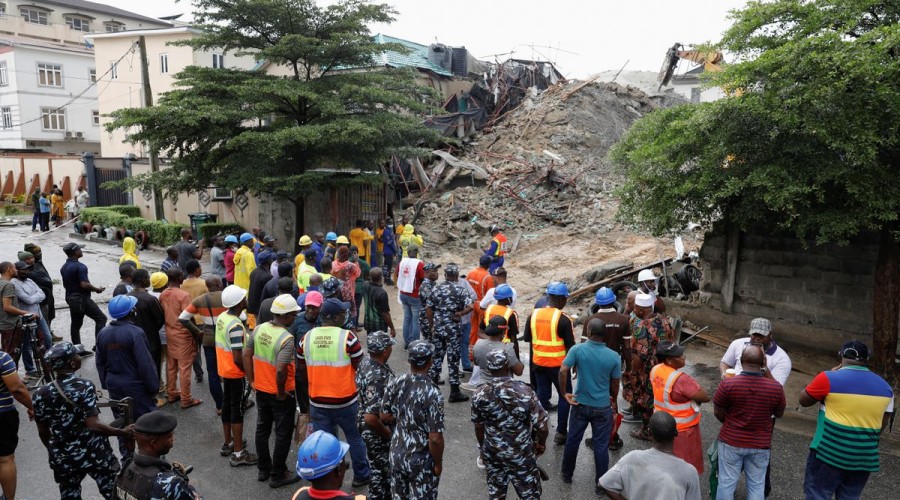 Two people died after a seven storey building under construction collapsed in Nigeria's commercial capital Lagos in the early hours of Sunday and rescue efforts were underway to find survivors, Qazet.az reports according to Lagos State Emergency Management Agency.

The building was being constructed next to a hospital in the neighbourhood of Oniru, said the agency's chief executive Olufemi Oke-Osanyintolu, adding that at least four people were still trapped under the rubble.