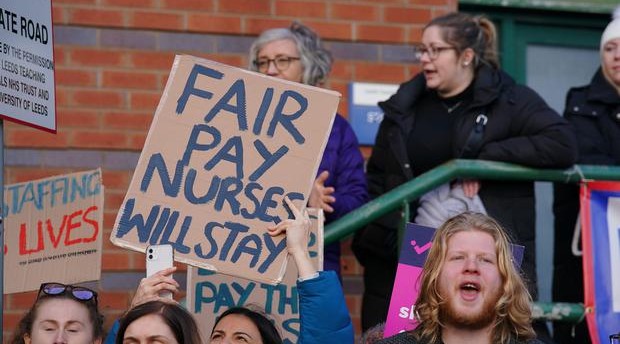 British ministers are due to meet with trade unions on Monday to try to bring an end to a wave of strike action across sectors from healthcare to transport as workers demand higher pay, Qazet.az reports.

With pay rises failing to keep up with double-digit inflation, which is now around 40-year highs, nurses, ambulance staff, and rail workers are among those who have staged walk outs, with teachers also being balloted over action.

The government has called on unions to cancel strikes while it holds talks and has argued that inflation-matching pay rises will only fuel further price increases and cause interest rates and mortgage payments to go up further.