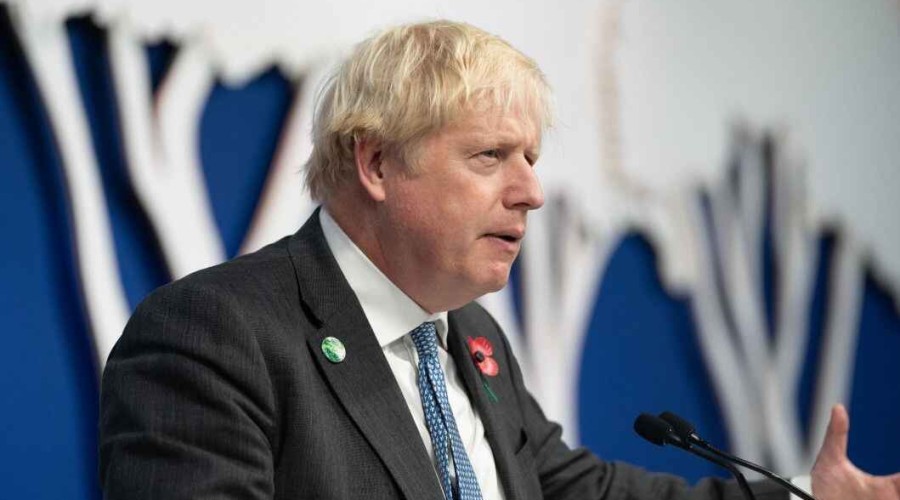 Amid growing anger in the country, British Prime Minister Boris Johnson apologized to the nation on Wednesday after a leaked video showed staff joking about a Christmas party at Downing Street last year in the middle of a lockdown.

Johnson and his Cabinet had been adamant for more than a week that no rules were broken in late 2020, after The Mirror newspaper reported that several parties with 40 to 50 people were held and large amounts of alcohol consumed.

“I can understand how infuriating it would be to think that the people who have been setting the rules have not been following the rules,” Johnson told lawmakers in Parliament.

“I apologize unreservedly for the offense that it has caused up and down the country and I apologize for the impression that it gives. I repeat that I have been repeatedly assured since these allegations emerged that there was no party, and that no COVID rules were broken.”

The prime minister was heckled and jeered by the opposition for implementing a strict nationwide lockdown and asking the country to abide by laws, all the while allowing and turning a blind eye to members of his administration breaking the very same rules.

The opposition Labour party called out the government for feigning ignorance about the lockdown parties and denying the truth on the double standards that exist within the Tory government.

The Scottish Conservatives also hit out at the prime minister for his conduct, with former leader Ruth Davidson saying there were no excuses for Johnson and his cronies and that he and his government had taken the public for fools.

“None of this is remotely defensible. Not having busy, boozy not-parties while others were sticking to the rules, unable to visit ill or dying loved ones. Nor flat-out denying things that are easily provable. Not taking the public for fools,” Davidson said on Twitter.

“And today’s ‘we’ll investigate what we’ve spent a week saying didn’t happen and discipline staff for rules we continue to say weren’t broken’ was pathetic. As a Tory, I was brought up to believe in playing with a straight bat. Believe me, colleagues are furious at this, too.”

“The British people have made immense sacrifices in the battle against COVID-19. I now fear that my comments in the leaked video … may have become a distraction against that fight,” Stratton said in a statement quoted by The Guardian.

“My remarks seemed to make light of the rules, rules that people were doing everything to obey. That was never my intention. I will regret those remarks for the rest of my days and offer my profound apologies to all of you for them,” added Stratton, who was the UK government’s spokesperson for the COP26 conference held last month.