Turkey was the most popular destination on the red list, having attracted around 2.3 million British holidaymakers a year before the pandemic 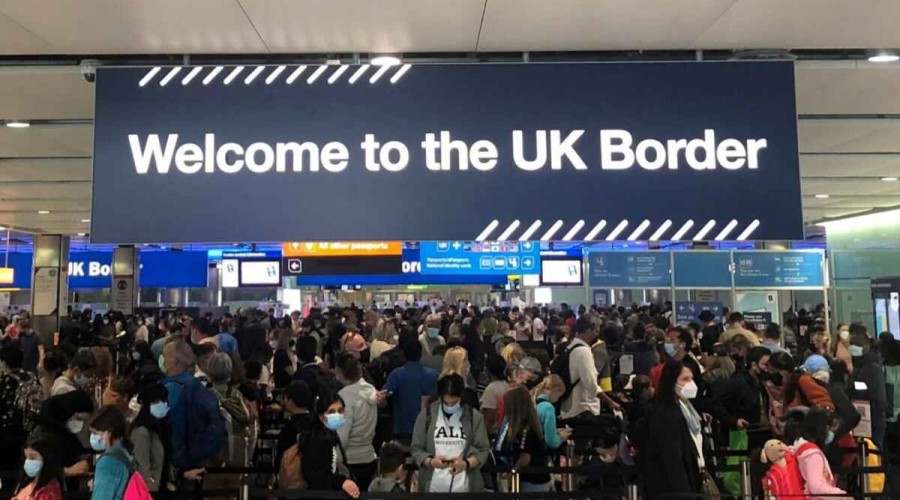 The British government announced a major simplification of its rules for international travel on Friday in a boost to the tourism industry, including scrapping the need for fully vaccinated passengers to take expensive COVID-19 tests on arrival from low-risk countries, Qazet.az reports citing Daily Sabah.

Under the new proposals, destinations will simply be ranked low or high risk, instead of red, amber and green. Eight countries – including Turkey, Pakistan and the Maldives – will be removed from the high-risk red band from next Wednesday, meaning passengers from those countries will no longer be required to quarantine in a hotel.

Turkey was the most popular destination on the red list, having attracted around 2.3 million British holidaymakers a year before the pandemic.

From Oct. 4, passengers arriving from low-risk countries will be permitted to take a cheaper lateral flow test, rather than the privately administered PCR lab tests now required. PCR tests for a family now can cost hundreds of pounds.

“Today’s changes mean a simpler, more straightforward system. One with less testing and lower costs, allowing more people to travel, see loved ones or conduct business around the world while providing a boost for the travel industry,” Transport Secretary Grant Shapps said in a statement.

He said the changes were possible because of Britain's high vaccination rate. Almost 82% of people aged 16 and up in the U.K. are fully vaccinated.

The changes initially apply to England. Scotland, Wales and Northern Ireland set their own policies and have not yet said what they plan to do.

Unvaccinated travelers will still have to self-isolate for 10 days, as well as taking coronavirus tests before and after their trips.

In a boost to tourism, Britain said it will recognize vaccinations given in 17 more countries, including Australia, Canada, Japan and South Korea. It previously had recognized only shots given in the U.K., the U.S. and the European Union.

While Turkish tourism has seen a strong rebound from last year, with foreign visitor arrivals for July jumping fourfold to 4.36 million, it remained well below pre-pandemic levels as the absence of Britons stalled the progress.

Airlines and travel companies have argued for months that far-reaching changes were needed to the system or more job losses would follow the 100,000 already lost. They blamed testing and complicated rules for the slowness of recovery in air travel over the summer.

The industry, already on its knees after 18 months of restrictions, is facing a cliff edge as a government furlough scheme ends later this month with winter approaching, when fewer people travel and businesses tend to make a loss.