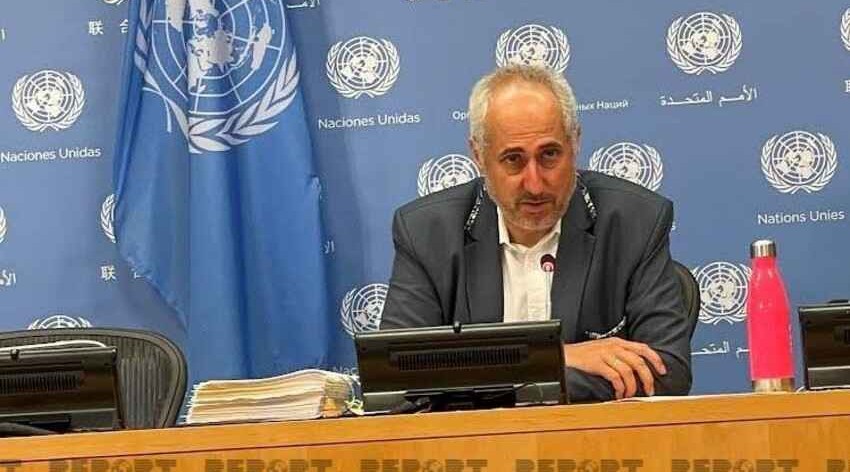 Dujarric noted that UN Secretary-General Antonio Guterres welcomed the statement of the OSCE Minsk Group Co-Chairs on the joint meeting of the Armenian and Azerbaijani Foreign Ministers with the Co-Chairs on September 24, 2021. He hailed the resumption of direct contacts at the level of foreign ministers a year after the military operations in Karabakh and expressed hope that such efforts would help resolve unsettled issues and build ties at the international level, and will continue within the framework of a broader dialogue to achieve lasting peace in the region.

“The Secretary-General reiterates his full support for the efforts of the OSCE Minsk Group Co-Chairs and the Personal Representative of the OSCE Chairman-in-Office to this end. He called on all interested parties to pay attention to the development of peace and cooperation at all levels for the benefit of the region’s people. The United Nations stands ready to support ongoing humanitarian, reconstruction, development, and peace-building efforts in this area,” he said.