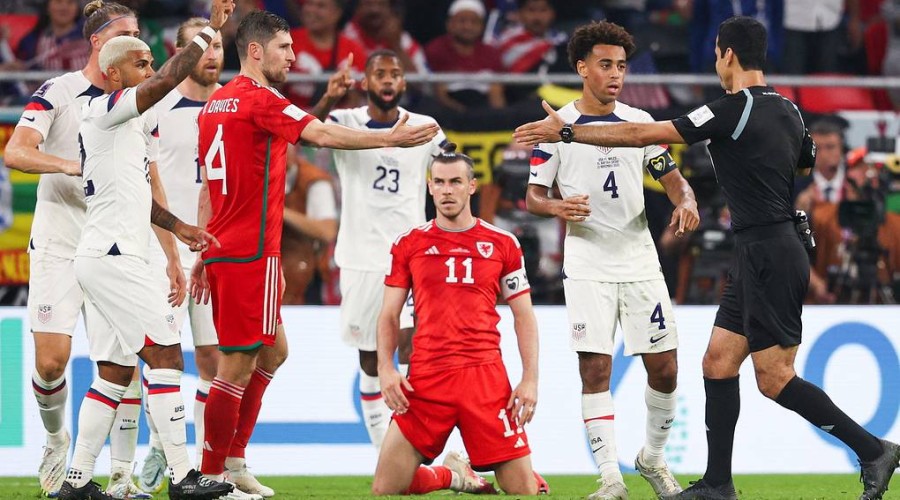 The United States team played a 1-1 draw against Wales in the first round match of the World Cup group stage on Monday, Qazet.az reports.

The goal for the US at the Ahmed bin Ali stadium in Al-Rayyan was scored by Timothy Weah (36th minute), Gareth Bale scored for the Wales (82nd minute) from the penalty spot. Weah is the son of the President of Liberia and 1995 Ballon d'Or winner George Weah.

The US team played its first match at the World Cup since July 1, 2014. Then the Americans lost to the Belgian team (1:2) at the 1/8 final stage. The US team is taking part in the World Cup for the 11th time. The Americans did not qualify for the last World Cup, which was held in 2018 in Russia. The US best achievement in the tournament was the third place in 1930.

The Wales national team is playing at the World Cup for the second time. The last time the Welsh played in the tournament in 1958, then the team reached the quarter-final stage. The Wales team entered the 2022 World Cup after defeating the teams of Austria (2:1) and Ukraine (1:0) in the playoff round of qualifications.

The U.S. and Wales are in Group B along with the UK and Iran. The UK defeated Iran with a score of 6:2. In the next round, the Americans will play with the Brits, the Welsh will play with the Iranian team, both matches will take place on November 25.

The trophy will be hoisted by one of 32 national teams divided into eight groups. The Russian national football team is not taking part in the FIFA World Cup.