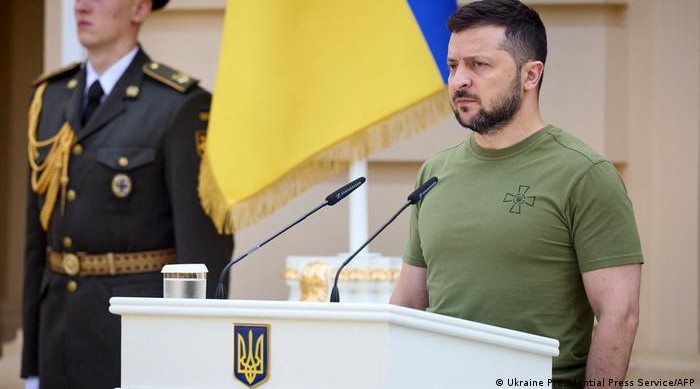 Volodymyr Zelensky called on world leaders
"The war in Ukraine has caused a global food crisis."

Qazet.az reports that Ukrainian President Volodymyr Zelensky said this in a video address to the participants of the TRT World Forum.

The head of state said that about 13 million products were exported to the countries of the world within the framework of the "Grain Agreement": "This is our strength. Turkey, Ukraine and the UN together prevent the threat of famine. We ensure international security."

According to V. Zelensky, Turkey has an exceptional role in solving the food crisis.

The president said that Russia is purposefully slowing down grain exports.

"Everyone can do something to achieve peace," the Ukrainian leader said.

He called on the heads of state and government: "Especially the President of Turkey, Recep Tayyip Erdogan, has done a lot in the exchange of prisoners. I am grateful to him for that. After that, it is necessary to prevent the increase of tension. Turkey's peace formula is quite clear."