What is current situation in Karabakh peace process? - Expert Opinion 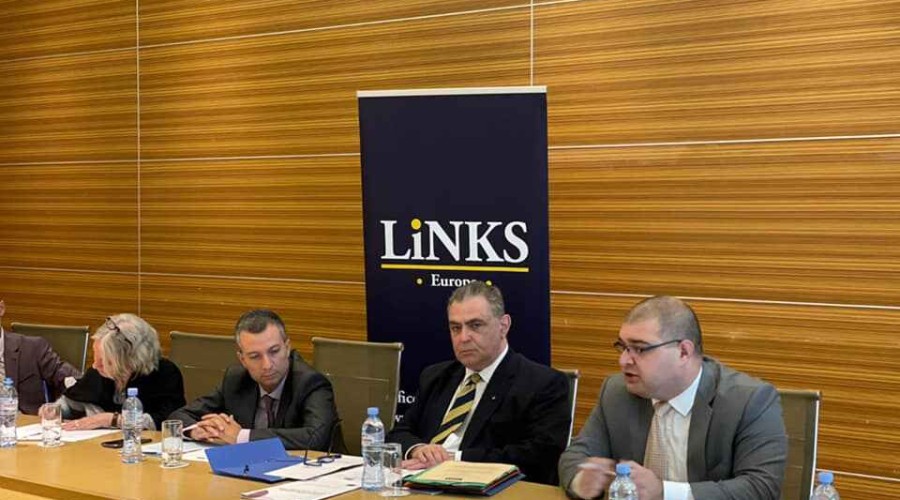 One year has passed since the launch of the Second Karabakh War which lasted 44 days. The situation is still fragile, the next war should be prevented and peace should be achieved. In order to achieve it, the two sides should contact each other and find common ground.

The process has already started. Azerbaijani and Armenian representatives held a meeting with the support of LINKS Europe in Georgia on 30 September. The organizer from Azerbaijan was Caucasus Policy Analysis Centre and from the Armenian side was the Centre for Political and Economic Strategic Studies of Armenia.

Qazet.az took the opinion from organizers from both sides.

Ahmad Alili, head of the Caucasus Policy Analysis Centre considers this meeting very important at this point in the current situation.

“After passing some period of time from the war, while we were thinking what we can do, we came to a conclusion that we need the discussions. Even before taking any action, we need to think about how we can proceed or what problems we can solve. In this case, many processes need to be restarted”, the organizer told.

He mentioned that the first process was to restore the dialogue in track 1.5. At this level, the experts and former politicians who engaged in the negotiation processes and etc.

“Eldar Namazov, the former adviser of Azerbaijani president, and Stepan Grigoryan who worked at Armenian embassy in Moscow also took part in the meeting. It is very crucial to evaluate the process and to prepare the solution variants. The first topic on the agenda was the current situation. It means where we are, what is the result, and in which directions works should be done. Before starting any activity, such kinds of discussions should be made. If this will not be done, so we will achieve nothing”, Ahmad Alili thinks.

He also expressed his gladness for Azerbaijan’s serious attention on this topic. The essentiality of the participation of civil society representatives lays on that the dialogue between two communities should proceed in parallel with official negotiations. The Azerbaijani organizer said different interest groups also took part in the meeting.

“The opposition, media representatives, academicians were also present in the meeting. I think it is a big achievement. MPs and experts also take part at the meeting. In this process, certain working groups have been established and will serve to find solutions. After finding certain solutions within the next 6 months, they will be brought to the attention of decision-makers on both sides, as well as the EU. After 6 months, depending on the result of the process, it may continue or the process may change the picture. We hope this will continue. It can be very good for everyone”, Ahmad Alili noted.

Benyamin Poghosyan, the head of the Centre for Political and Economic Strategic Studies of Armenia shared his view on the points in which two sides collide.

Armenian refugees should return to Shusha, Hadrut districts, and other villages within the former “Nagorno Karabakh Autonomous Region”, which are now under Azerbaijani control. The Russian peacekeepers or any other international force must provide their security. Meanwhile, Azerbaijani experts claim that the conflict is over. There is no Nagorno Karabakh, only Karabakh economic region exists in Azerbaijan, and no negotiations are possible over the status of nonexisting Nagorno Karabakh. The only thing Azerbaijan is ready to offer Armenians, who currently live in the territories controlled by Russian peacekeepers, is the citizenship of Azerbaijan”, Poghosyan said.

The current situation of the problem and the role of the third side is another topic of discussion. The Armenian expert thinks that the status of the Nagorno-Karabakh and the return of refugees is a contradictory point between the two sides.

“Given these opposite views on the future of conflict and the future of Nagorno Karabakh, it is too early to speak about the possibilities of peace. The critical task is to re-launch the experts’ level dialogue (track 1.5) and focus on confidence-building measures to prevent or decrease the possibility of another war in Nagorno Karabakh. Peace now is too distant, but we can prevent another war.

Russia is the key player now in the context of the Nagorno Karabakh conflict. Russian peacekeepers are deployed in Nagorno Karabakh. Russia has increased its influence over Armenia since the second Karabakh war. Meanwhile, the EU may play a role here. It may facilitate the 1.5 track dialogue based on its significant experience of promoting confidence-building measures as the necessary step in conflict resolution”.

However, the expert considers such meetings very valuable in confidence-building

“The conflicted sides need to speak with each other directly. The mediators may inadvertently or deliberately distort the messages and create additional confusion. In this context, the possibility to meet face to face with Azerbaijani experts, hear their arguments, and directly deliver your messages is a valuable opportunity. I firmly believe that all sides of the conflict need such direct meetings and discussions. These meetings may play a role in fostering confidence-building measures”, Poghosyan stated.