What's the latest about Russia-Ukraine war

The latest updates about Ukraine-Russia war 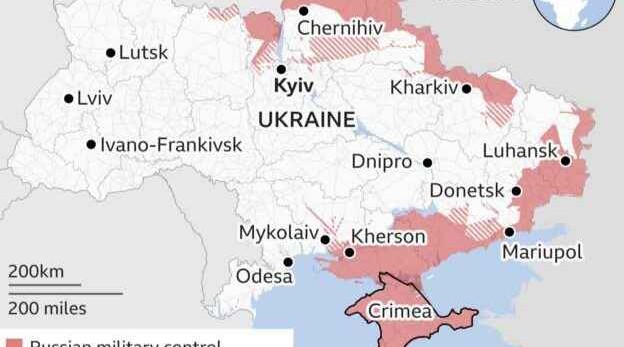 Clashes outside Kyiv: Intense fighting is raging on the outskirts of the capital as Moscow attempts to seize its key target. British intelligence says the bulk of Russian forces are within 25km of the centre.

Key cities encircled: Sirens and explosions have been heard in many other cities across Ukraine, as Russian troops try to encircle key targets. The besieged cities of Kharkiv, Mariupol, Mykolaiv and Sumy have been enduring relentless shelling as well as freezing temperatures, with no power and little food or water. In Mariupol, a mosque, where more than 80 adults and children were sheltering, was shelled by Russian forces, Ukrainian officials say.

Fresh talks: The leaders of France and Germany have been holding another round of phone talks with Russia's President Putin. They were previously in contact on Thursday, when Emmanuel Macron and Olaf Scholz demanded an immediate ceasefire from Russia. Moscow has rejected such calls.

Exodus mounts: The conflict has now sent 2.5 million Ukrainians fleeing to neighbouring countries. Poland says more than 1.6 million people have fled there, while Moldova says it has reached a "breaking point" in its ability to cope with refugees.

BBC owns the copyright of the map below: