What's the latest about Russia-Ukraine war 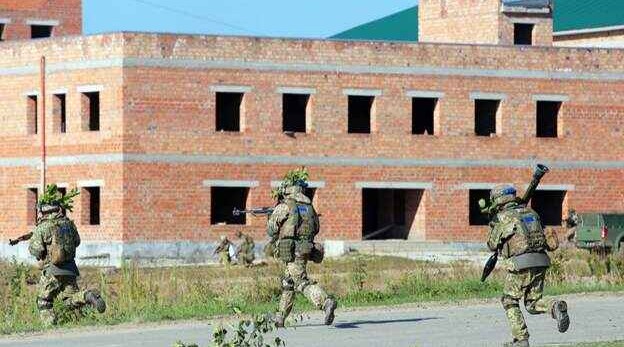 It's currently around 09:30 in Kyiv. If you're just joining us, here's what Qazet.az reported so far:

Strikes close to Nato border: In what seems the latest escalation of the conflict, Ukrainian officials say Russian forces have fired missiles at a military base in western Ukraine, just six miles from the border with Poland, a Nato member. There are no reports of any casualties at the base in Yavoriv, to the west of the city of Lviv. The mayor of another city in western Ukraine, Ivano-Frankivsk, says its airport has also been attacked.

Kyiv braces: Residents in the capital have been woken again the sound of air raid sirens. More fighting has been reported in the city's northern outskirts, as Russian forces close in.

'Abducted' mayor replaced: The Russian military has reportedly installed a new mayor in the southern port city of Mariup (after the alleged abduction of its previous mayor on Friday). Galina Danilchenko appeared on local TV to urge residents not to take part in "extremist actions".

Evacuations continue: Humanitarian corridors to help people evacuate from Ukraine's besieged cities are working, President Zelensky says, with daily evacuations nearly doubling to around 13,000 people. Humanitarian supplies for the port city of Mariupol, are due to arrive later today.