According to Uzbekistan’s National Guard, the majority of those injured have already been discharged 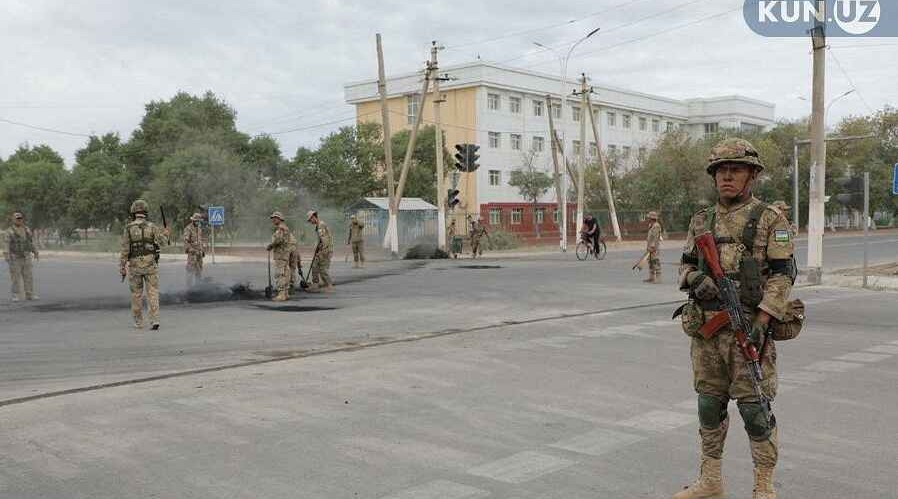 More than 240 people sustained wounds and 18 were killed in mass disturbances in Karakalpakstan, the spokesman for Uzbekistan’s office of Prosecutor General said on Monday.

Abror Mamatov told the Uzbekistan-24 TV channel that "during the July 1 and 2 mass disturbances in Nukus, 18 people were killed, in all, 243 citizens, including 38 members of law enforcement, sustained wounds and traumas of various degrees of severity."

According to Uzbekistan’s National Guard which coordinates the actions of the republic’s security structures on handling the emergency situation, the majority of those injured have already been discharged.

"Currently, out of 243 people who turned to medical facilities, 149 have received the necessary medical aid and were discharged, 94 people are at the medical institutions," the National Guard’s press secretary Davron Dzhumaniyazov told, Qazet.az reports.

On July 2, Uzbek President Shavkat Mirziyoyev signed an executive order introducing the state of emergency in Karakalpakstan, where disorders occurred the day before. He decided not to introduce amendments to the Uzbek Constitution related to the status of Karakalpakstan after the disturbances flared up in the region.