Six people had been confirmed dead and eight were injured 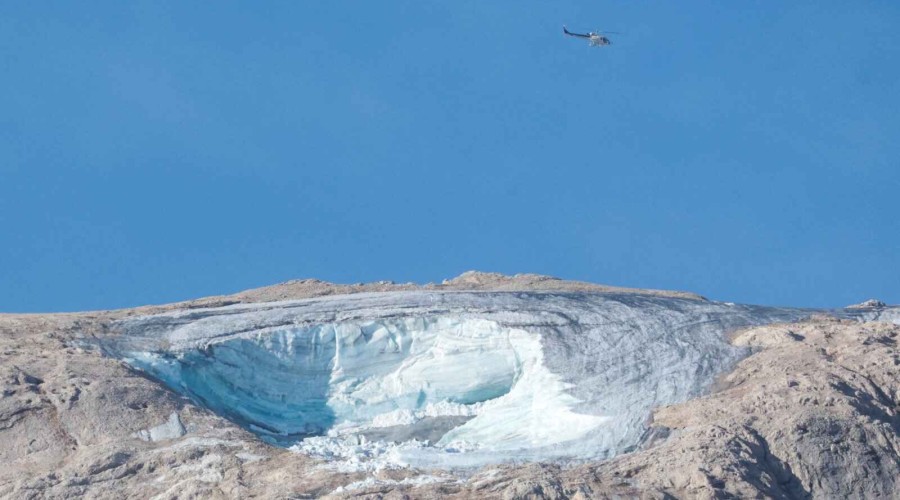 Rescue teams on Monday resumed the search for survivors a day after an avalanche set off by the collapse of the largest glacier in the Italian Alps killed at least six people and injured eight others, Qazet.az reports.

Authorities said they did not know "the total number of climbers" hit when the glacier collapsed Sunday on Marmolada, the highest mountain in the Italian Dolomites.

The disaster struck one day after a record-high temperature of 10 degrees Celsius (50 degrees Fahrenheit) was recorded at the glacier's summit.

"An avalanche of snow, ice and rock hit an access path at a time when there were several roped parties, some of whom were swept away," emergency services spokesperson Michela Canova told Agence France-Presse (AFP).

Six people had been confirmed dead and eight were injured, she added while "the total number of climbers involved is not yet known."

Two of the injured were taken to hospital in Belluno, another in a more serious condition was taken to Treviso and five to Trento.

She did not specify the nationalities of the victims, but Italian media reported that foreign nationals were among them.

The Alpine rescue corps has activated a toll-free number for people to report friends or relatives who had not returned from an excursion to the glacier.

Several helicopters were scrambled to take part in the initial rescue operation but the search for survivors had to be suspended at nightfall and would resume early Monday.

Rescuers in the nearby Veneto region of northeast Italy said they had deployed all their Alpine teams, including sniffer dogs.

Italian Prime Minister Mario Draghi expressed his "sincerest condolences" to the victims and their families on Twitter.

Massimo Frezzotti, a science professor at Roma Tre University, told AFP the collapse was caused by unusually warm weather linked to global warming, with precipitation down 40% or 50% during a dry winter.

"The current conditions of the glacier correspond to mid-August, not early July," he said.