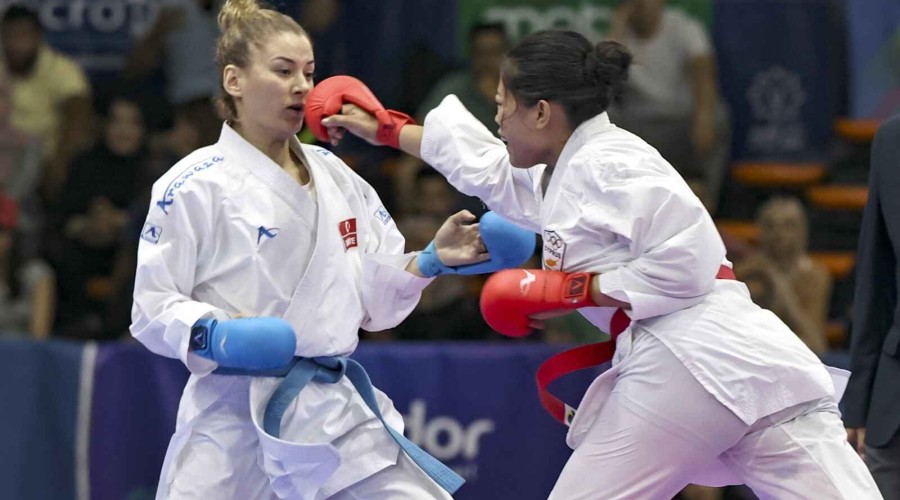 Turkish Karate Federation announced this week that the United States postponed visas to its members who would be competing in World Games. The federation condemned the decision and said it sought to “spoil the international prestige” of Turkey, Qazet.az reports.

National karate players were scheduled to attend the international event to be held in Alabama's Birmingham, which will be held between July 7-17.

The federation said they had contacted the U.S. diplomatic missions in Turkey around six months ago via a company overseeing visa procedures, to participate in the event and all paperwork was as per requirement. “Despite repeated appeals and highlighting the urgency of the applications, the U.S. Consulate in Istanbul only approved our visa interview for July 2023,” the federation said in a statement on its website. It added that the issue was referred to the Turkish Foreign Ministry, Ministry of Youth and Sports, Turkey’s National Olympic Committee, World Karate Federation as well as organizers of the World Games. “In response, the U.S. Consulate gave a reply which can be roughly interpreted as they cannot reschedule the process and they cannot ‘do anything else’ to rectify the situation,” the statement said.

The federation said the incident was "likely a move to spoil our country's prestige in the international community and has nothing to do with our federation. We did not bring up the issue to the public agenda earlier because we knew that this was what (people) who wanted to achieve their own agenda by visa denials wanted. Our players certainly desire to attend the World Games, but the games are meaningless for us if such actions harm our country's prestige and interests," the statement added.