US vows to shore up Europe's defenses against Russia threat 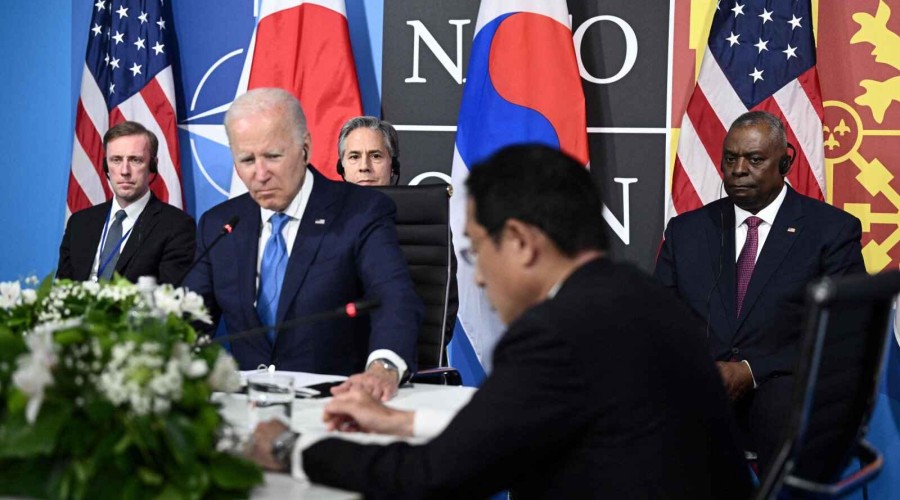 Europe's defenses will be supported, the U.S announced on Wednesday in the wake of Russia's invasion of Ukraine, as NATO leaders voiced Moscow as the greatest threat to the West, Qazet.az reports.

Meeting in Madrid, alliance leaders said Russia "is the most significant and direct threat to allies' security and peace and stability in the Euro-Atlantic area."

This came as NATO welcomed Sweden and Finland as invitees to join the alliance and U.S. President Joe Biden announced new deployments of U.S. troops, ships and planes.

Deputy Foreign Minister Sergei Ryabkov denounced the U.S. military buildup and warned NATO members that the shifting balance of power "would lead to compensatory measures on our part."

"I think that those who propose such solutions are under the illusion that they will be able to intimidate Russia, somehow restrain it – they will not succeed," he said.

NATO leaders have funneled billions of dollars of arms to Ukraine and faced a renewed appeal from President Volodymyr Zelenskyy for more long-range artillery.

"Ukraine can count on us for as long as it takes," NATO chief Jens Stoltenberg said, announcing a new NATO strategic overview that focuses on the Moscow threat.

"We cannot discount the possibility of an attack against allies' sovereignty and territorial integrity," the document, updated for the first time since 2010, said.